James Fox M.A. is the founder and director of the Prison Yoga 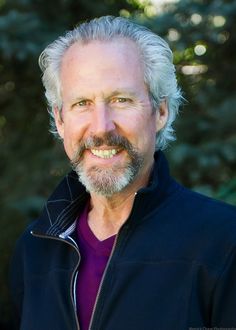 Project, (PYP), an organization dedicated to establishing yoga and mindfulness programs in prisons and rehabilitation centers worldwide. Since 2002, Fox has been teaching yoga and meditation to prisoners at San Quentin Prison as well as other California State prisons. The Prison Yoga Project helps incarcerated men and women build a better life through trauma-informed yoga with a focus on mindfulness. It helps prisoners make grounded, conscious choices instead of reactive ones.

Fox became a yoga teacher in 2000.  He did not want to teach in a studio, but to bring yoga to people who wouldn’t otherwise be exposed to it and who might benefit. With broad and extensive training in various yoga and meditation practices for addiction recovery and trauma-related issues, Fox began working with at-risk youth in a residential treatment facility for boys in Bolinas, California. It was in this environment that he realized that helping boys work with their bodies was more effective for healing than just helping them working cognitively. In 2003, Fox established the yoga curriculum for the Peacebuilders Initiative, an annual week-long summer intensive for Chicago teenagers that focuses on community leadership, conflict transformation and peacemaking skills.

To meet the continued challenge of getting this information and these programs to more people and institutions, Fox in January 2010 published Yoga: A Path for Healing and Recovery, through the support of the Give Back Yoga Foundation. It has been requested by and sent free of charge to over 26,000 prisoners. He also has a teacher training program for other instructors wanting to go into the prisons and/or underserved communities. He has trained over 2000 teachers at over 350 jails and prisons in the United States, as well as Mexico, Canada, Sweden, the United Kingdom, The Netherlands and India, with more jails and prisons continually requesting information on how to start their own yoga programs. His organization provides educational instructional materials for prisons, including an audio CD of conscious breathing and meditation practices.