Most people are not neuroscientists. But nearly everyone has a basic understanding of how to build a house: a sturdy foundation as the basis for an intact, enduring structure.

That’s why Building Strong Brains Tennessee (BSBTN), Tennessee’s ACEs response, uses the metaphor of brain architecture to help people understand why the experiences and interactions of early childhood matter so much, and how they set the stage for adult physical and mental health.

Building Strong Brains, a public-private partnership, launched in 2015 with an ambitious mission—to foster statewide culture change around early childhood based on ACEs science—and a conviction that consistent, effective messaging was key to making that happen.

“We felt we needed to advance a public health approach” to preventing and treating childhood adversity, says Jennifer Drake-Croft, Director of Child Well-Being for the Tennessee Commission on Children and Youth.

Drake-Croft, along with community partners and representatives from the state’s departments of health, education, human and children’s services, took part in those early conversations about what it meant to “go upstream” to focus on the roots of childhood adversity. 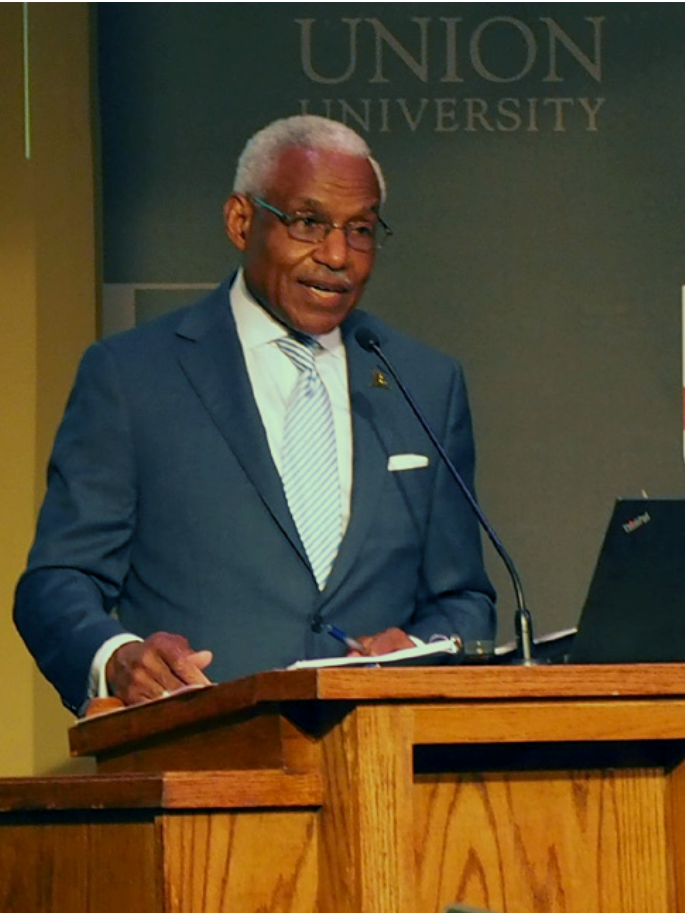 “We had to empower the entire public with information and engage many different sectors to generate collective impact,” she says.

Building Strong Brains contracted with the FrameWorks Institute, a Washington, D.C.-based non-profit, to weave communication science with brain science: the result, public messaging about brain architecture and “serve-and-return” reactions—the responsive relationships that begin, in infancy, to lay the groundwork for social, emotional and intellectual development.

From the start, BSBTN had support from highest levels of state government; a 2015 summit to launch the initiative included 250 attendees, among them state Supreme Court justices, philanthropists, non-profit leaders and half the governor’s cabinet.

“We spent the day learning about the science of ACEs and toxic stress,” says Drake-Croft. “It made the front page of the Tennessean. The ripple-effect was amazing.”

From there, in partnership with FrameWorks, BSBTN hosted four FrameLabs, intensive two-day trainings in which local leaders learned how to talk about child maltreatment and child development in an effort to improve policies at every level, from schools and organizations to city and state departments.

A $1.25 million grant from the state allowed BSBTN to award ACEs Innovation Grants, seed money to fund innovative projects with the potential to change systems. One of those went to Belmont University to infuse ACEs knowledge throughout the health sciences curriculum; another helped Metro Nashville Public Schools train every principal and vice principal and thousands of staff across the 86,000-student system.

A third grant enabled a public television station to create a six-episode documentary series about ACEs prevention and resilience in Tennessee.

The BSBTN coordinating team has met nearly every week since 2016; in addition, “knowledge mobilization teams” work throughout the state to support community-level responses to the growing understanding of ACEs and their impact.

Throughout, BSBTN has kept an eye on equity—between different areas of the state, between “grass-roots” and “grass-tops” efforts. Drake-Croft cites one training, in Chattanooga, that included the police chief and the chief medical officer of a children’s hospital alongside educators and leaders of local non-profits.

“We did not want this to be a furthering of only urban areas that already have access to resources,” says Drake-Croft. “It’s our goal to bring the whole state along.”

BSBTN sought collaboration from a broad swath of agencies and insight from entities outside the state—FrameWorks, the Harvard Center for the Developing Child, the Yale Child Study Center and others—to develop a training curriculum that can be adapted for 15-minute presentations or three-hour immersions.

So far, BSBTN has trained 1,152 diverse-sector trainers; they, in turn, have presented to more than 60,000 people across the state, representing all 95 of the state’s counties.

In its first iterations, that curriculum didn’t address the expanded set of ACEs that include witnessing community violence and experiencing discrimination. But later versions, starting in 2018, include those forms of adversity and make explicit connections to historical trauma and systemic racism.

“If we are going to be an ACE-informed, trauma-responsive, resilience-building state, we have to have an equity lens so that we can reach all children,” Drake-Croft says. “We talk about implicit bias and structural racism to help people understand how history shows up in the lives of people today and puts negative weights on [their resilience scale].”

Across Tennessee, public and private agencies are adapting and using that training:

Drake-Croft would like to see more engagement in BSBTN from the state’s business community, from faith-based sectors and from local leaders: mayors, city council members and other officials. In addition, “we do not really have people with lived experience at the table,” she says. “That is a huge opportunity for us.”

While former governor Bill Haslam and first lady Crissy Haslam were passionate champions for BSBTN, the current administration also bolsters the work with funding and in-kind support, says Drake-Croft. “We really want to embed this in every administration and make it a permanent fixture of state department culture, funding and policy.”

Capacity and time are ongoing challenges, and post-COVID funding priorities may affect the amount of support the state can provide. Another struggle is to help individuals and communities take the next step after their initial “aha.”

“What we often hear is, ‘I know this; now what do I do?’” says Drake-Croft. “Our BSBTN training is not meant to answer that question for every sector and every community. We are asking people to answer it themselves by applying this science to their philosophy, policies and funding, programs and/or professional practice, and sometimes that is harder.”

She returns to the architecture metaphor to emphasize the need for inclusivity and shared ownership in any successful ACEs-prevention effort. “It’s not one perspective, one discipline or one agency that can do the good work of advancing this public health goal and culture change. [With a house], you need a plumber. You need a roofer. You don’t build a house all by yourself.”

This article originally appeared on Mobilizing Action for Resilient Communities (MARC) on November 10, 2020. MARC provides tools and inspiration—by networks, for networks—using the science of ACEs to build a just, healthy and resilient world. Visit MARC.HealthFederation.org for more.